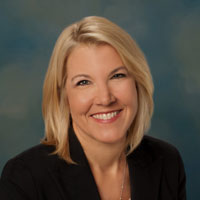 NANCY BARGMANN was appointed Director of the California Department of Developmental Services (DDS) on March 4, 2016, by Governor Edmund G. Brown Jr. The Department, in conjunction with the 21 private nonprofit regional centers located throughout the State, provides services and supports to over 350,000 Californians with developmental disabilities. Director Bargmann has extensive experience in the developmental services field, both in the private, non-profit and corporate sectors, and the State. From 2012-2015, she served as deputy director of the Community Services Division at DDS where she developed policy and oversaw regional center operations and services.

Since 2015, she has served as associate executive director at the San Gabriel/Pomona Regional Center. From 2009 to 2012, she held a variety of positions at Home Ownership for Personal Empowerment Inc., including executive director and business consultant, and held several positions at the MENTOR Network from 1998 to 2009, including vice president of operations, vice president of business development and California state director.

In addition, she held several positions at the Inland Regional Center from 1985 to 1998, including community services director, resource manager, adult services program manager and consumer services coordinator. Ms. Bargmann started her career working with individuals who have developmental disabilities as a direct service professional with The Arc of Orange County in 1984.

A native Californian, she was born and raised in San Bernardino.